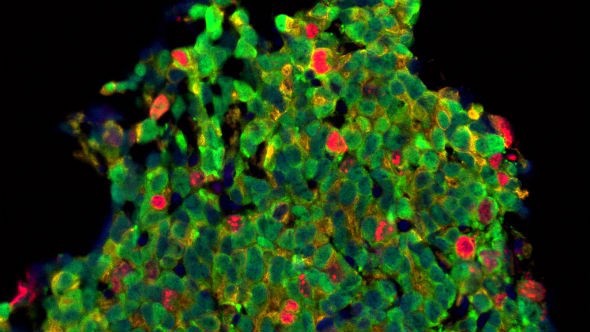 This year in the UK, more than 40,000 men will find out they have prostate cancer, and the disease will claim the lives of more than 10,000. Prostate cancer is usually treated with radiation or an operation that removes the prostate gland, followed by drugs that suppress the hormone testosterone, which can stimulate the growth of prostate tumours. But in many men, the disease eventually spreads and reaches a point where hormone therapy no longer keeps it in check. Most of the deaths from prostate cancer occur when the disease has spread to the bone.

Although there have been big advances in prevention, diagnosis and early treatment of prostate cancer over the past 20 years, until recently there was a huge gap in treatment once the disease turned aggressive. For many years, the only effective treatment for men with advanced prostate cancer who had become resistant to standard hormone therapies was the chemotherapy agent docetaxel, and palliative therapies that managed pain.

But oncologists are now hailing this as the ‘golden age of prostate cancer research’ after a whole series of new prostate cancer drugs reached the clinic. The Institute of Cancer Research, London, alongside its hospital partner The Royal Marsden NHS Foundation Trust, has played a major role in developing four of the five new drugs to have been shown in later-phase trials to extend life for men with advanced prostate cancer. One of the most successful of those — abiraterone — was discovered here at the ICR, the others being radium-233 chloride, cabazitaxel and now enzalutamide.